Home » Resources » Reliability of the Bible

Reliability of the Bible

There are actually three questions that need to be answered here. The first question is whether the words of the Bible have changed over time.

1. Do We Have an Accurate Copy of What the Bible Authors Wrote?

The Bible was, of course, written long before printing presses, so each new copy had to be made by hand. This would naturally make mistakes a very real possibility. However, since the Jews believed that these were the words of God, they were fanatically devoted to accuracy in preserving this book. An example of their care is seen in the practice of a group of Jews called the Masoretes who made copies of the Bible for 400 years -- from AD 500 to AD 900. When they began their day of copying, they would first wash in a certain way -- then dress in a certain way — then say certain prayers — then even sit in a certain way at their desk. Before they actually began their work of copying the text, they would count several things. They would count how many words were in the book — then they would count how many times each word occurred in the book — then they would count how many times each letter occurred in the book — then they would calculate which word was the exact center of the text — and they even counted more things than this! After they completed their work of copying, they compared it line-by-line with the original and then counted all of the same things in the new copy to see if they matched the original. If any mistake was found, the new copy was not corrected — it was immediately burned! 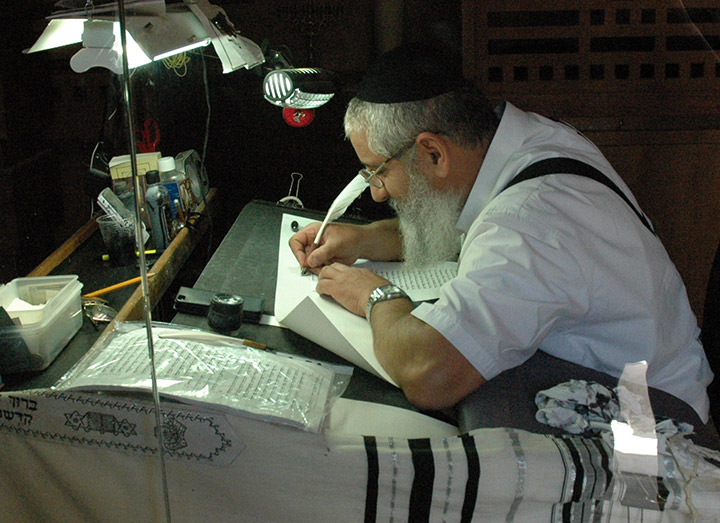 The result of this great care was shown in 1947. One thousand years earlier than the Masoretes, a group of Jews lived in Israel near the Dead Sea. They were a religious community who also copied the Bible texts. The Roman army began to invade their country and in order to protect their Bibles, they placed them in jars and hid them in the caves on the hillsides around their homes. As the Roman army invaded, it destroyed this community and these copies of the Bible were lost. Then, in 1947, a young boy who lived in the area, threw a rock into a cave and heard the sound of pottery breaking. He looked in the cave and saw many old jars. As the jars were examined, it was realized that this was a very important discovery. The jars contained copies of Bible texts which were 1000 years older than any known to exist. This meant that you could suddenly see 1000 years back into history and by comparing these copies with those of the Masoretes, you could see how accurately the texts had been preserved! The result of the comparison was amazing. After 1000 years of hand copying, the differences in the copies were almost non-existent. There were errors (most were simply alternate spellings of people’s names or places), but they were so few and insignificant to the meaning of the text that there was basically no difference. This meant that the accuracy of the text had been shown beyond any doubt.

The accuracy of the text of the New Testament (the second half of the Bible about Jesus and the early Christian church) is similar, but even more well documented. In this case, there are thousands of copies of the texts which date from a wide range of years and from many different countries and even in many different languages. In addition, you can reconstruct the Bible text simply from quotes by authors referring to the New Testament in the early years after it was written. These comparisons provide an even more certain picture of the original words of the authors. In fact, the New Testament is the most well documented ancient text in existence! 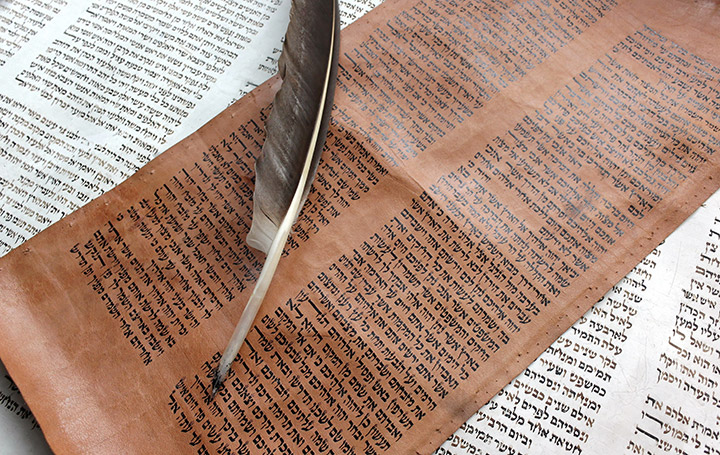 2. Do the Documents Accurately Reflect History?

For a time in the early 1900’s, it was common for the Bible to be accused of mentioning people, places and events which did not actually exist. For instance, it was said that in the Old Testament, Abraham is talked of in ways which would not be true of people in his time and culture. Some scholars said that he would have been from a primitive people group with little knowledge of law or history or writing. Therefore, they said, the Bible was not an accurate reflection of history. However, as archeologists began to uncover ancient sites and learn more about peoples of that region, the Bible was proven to be quite accurate. In the discovery of Ur, the capital city of Abraham’s culture, researchers found many clay tablets which are the equivalent of our books, business receipts, temple song books, mathematical tables, inventory lists and even records of how much various workers had been paid for each month. This was indeed a society which looked just as the Bible had said. To date, more than 25,000 archeological sites have been uncovered which relate to the stories of the Bible. As this research has progressed, the Bible has time and time again been shown to be a very accurate record of people, places and culture.

If it is true that we have the original words of the Bible authors, and if they have faithfully written their observations and thoughts, then the last question that must be asked is…

3. Did the Bible Authors Lie to Us?

Some people have indeed accused the writers of the Bible of inventing their stories. However, there are simple and profound reasons to trust these writers. First, these were the men from the small special group Jesus had chosen to be his representatives. They had spent three years following Jesus and being trained by him. This means that they were learning to live like Jesus — to have the ethics of Jesus — to have the concerns of Jesus — to have the courage of Jesus.... And if Jesus taught them anything, it was that they must honor God in all that they said — they must obey the commandments of God which include “you must not lie.” To put a pen to paper and write a story filled with lies about Jesus would have been to betray everything that Jesus had taught them and to dishonor Jesus, whom they followed as their God!

Also, they wrote their stories when many people who saw and heard Jesus were still alive and could have exposed their stories as lies. The foundational events of Christianity are the death and resurrection of Jesus. Not only are the four accounts of these events (from books Matthew, Mark, Luke, and John) consistent with each other, but they include details (like women being the first to the empty tomb, hearing from an angel) that would make the story seem less credible when it was written. If you’re making up a fake story, why include details that would cause more people to question it, unless the details were true? In addition, most of these writers were persecuted, beaten and eventually killed because they refused to change their story. Many people are willing to suffer for what they believe is the truth. But few people would suffer and die for what they know is a lie!

One final reason to trust the Bible is simply that Jesus trusted it and said it was God’s Word. He quoted it as if its history was accurate and its words were from God. The fulfillment of hundreds of prophesies (predictions about the future) show us that God was supernaturally involved. Today, predictions about world events or changes in technology even 10 years in the future are almost always incorrect. Can you imagine making hundreds of predictions about the life of a specific person in the year 2424, and having every single one be correct? It would be impossible unless God (who knows the future) tells you what will happen.

In one of Jesus’ most famous sermons, The Sermon on the Mount, he said: “Do not think that I have come to abolish the Law or the Prophets [the Old Testament]; I have not come to abolish them but to fulfill them. For truly I tell you, until heaven and earth disappear, not the smallest letter, not the least stroke of a pen; will by any means disappear from the Law until everything is accomplished.” (Matthew 5:17-18, NIV)

Online Videos About the Bible from Josh McDowell

Book: The Historical Reliability of the Gospels by Craig L. Blomberg (InterVarsity Press, 2007)

Book: The New Testament Documents: Are They Reliable? by F.F. Bruce (InterVarsity Press, 2003)

Book: The New Evidence That Demands a Verdict by Josh McDowell (Thomas Nelson, 1999)