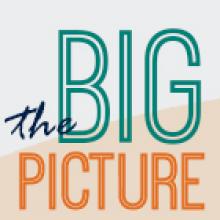 In addition to standard icebreaker questions, answer this question, "What is something you regret in your life?" (Or something you wish you would have done differently?)

Last week we read about the Ten Commandments and the instructions God gave Israel about how to live.  He told them that if they trusted in Him and obeyed Him, they would be blessed as a nation and that they would bless the other nations of the world.  God’s instructions would help them live in a way that would bring them the most satisfaction and meaning in life. But, if they turned away from Him and disobeyed, things would go very badly.  After Moses led the Israelites out of Egypt, they settled in a very prosperous land where they eventually grew to become a very strong and wealthy nation.

However, their wealth and security caused them to forget about the things God had done for them, and they began to turn away from him.  After a while, there was a civil war that split the nation into two, and things only got worse after that. The people of Israel took advantage of the poor and oppressed, their kings were wicked and led the nation away from God, and they started worshipping other gods alongside the Lord. They disobeyed God and committed great sins against him, including child sacrifice and pagan rituals.  To help fix this problem, God sent prophets to Israel with messages from Him.  The passage we will read tonight is part of one of those messages, brought by a man named Isaiah, about 700 years after Moses died.

1. What are the complaints that God brings up with Israel?  He says that they have refused to ask for His help and have grown tired of Him.  He also says that they refused to make sacrifices like they were supposed to, and instead they burdened Him with their sins and wore Him down with their wickedness.

3. Why do you think Israel refused to depend on God and grew tired of Him, after He had done such amazing things for them?  They grew to be very wealthy as a nation, so they probably didn’t think they needed God as much as they did when they were slaves.  Also, it took faith to trust in God and do things His way…it was easier to come up with their own plans that seemed more reliable than some God they couldn’t see or speak with.

4. Why do you think Israel’s disobedience bothered God so much and wearied Him?  God had chosen Israel to be His special people, and He had done incredible things to bless them and provide for them. But now, they seemed to have forgotten that, and they turned away from Him.  God deserved better from them! But He also loved them, and it hurt him to see His people turn away from Him.  (Think about how a parent feels when a child runs away and wants nothing to do with them anymore.)

5. What was Israel’s punishment? God said that he declared complete destruction and shame for Israel.

7. What do you think God means when He says that he “will pour water on the thirsty land, and streams on the dry ground”?  Israel was in a very bad place at this time…they were falling apart as a nation and about to be invaded by an enemy army, not to mention that they had a terrible relationship with God. God was comparing them to dry, barren ground.  But, He was promising that things would get better…He would pour out blessing on them eventually to change their situation and bring life.  (We see in the next verses that He will pour out His spirit and blessings on their descendants.)

8.  So Israel sinned and rebelled against God, but what was the end result going to be for them as a nation?  Even though they rebelled against God, He was not going to abandon them.  He promised to forgive their sins (although they were still going to face consequences for their sin), and bless them and make them healthy again.  They would have a restored relationship with God and with each other again!

9. After all the ways that Israel had rebelled against God and spat in His face, why do you think God would act this way towards them?  First of all, God loved them. He made them and chose them and cared for them deeply. (Again, it might be helpful to reference a parent-child relationship.)  Also, in verse 25 we see that God says that he will do this for His own sake.  By forgiving Israel and showing love to them, even when they didn’t deserve it at all, God showed the world how incredibly loving and gracious He was.  It has led many, many people to decide to follow Him and worship Him, and that brings glory to God.

11. What do you think about God being willing to wipe away all the sins of Israel, forgive them, and take them back?

12. What do you think of a God who is like this?  Is it what you expected?  Good, bad, etc? (This may be a good place to share a personal testimony about the ways God has forgiven you personally and shown you love when you didn’t deserve it.)

13. How would you describe God to someone based on what we’ve read so far?

The God we see in the Bible is a God of incredible love and grace.  He does not deal with people according to their sins or give them what they deserve if they choose to return to Him.  That isn’t to say that He doesn’t care about our disobedience! God loved Israel, but they didn’t return to Him and change their ways, so they ended up being taken over by an enemy nation and forced into slavery again. They were forced to leave their homes and lands that God had given to them. But He promised them that their punishment would not be forever…He loved them and would bring them back and restore their relationship with Him again.  Many people wonder how it is fair that God could forgive people after doing such terrible things, and that is a great question.  God is a God of justice, so He can’t just ignore sins. The answer to that question has everything to do with Jesus. Next, we will be moving from the Old Testament to the New Testament and learn about the life of Jesus and what He did. We will see how God is able to forgive sins because of Him!