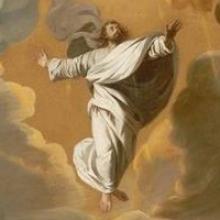 Jesus chose the title Son of Man for himself. It was not given to him by another. Surely, gradually and with certainty he put into it his own meaning. This meaning is now beyond our full understanding because we see that he is divine but also perfect man – fully man and fully God (Colossians 1:19; 1 Timothy 3:16). This mystery which concerned the early Christians concerns us too. They tried to win their fellow Jews to acknowledge and obey Jesus as Lord and Saviour. The Jews stressed the unity of God. One of the problems of the early church as for the church today is how to speak of the glory and majesty of the Lord Jesus Christ and yet convince those around us who acknowledge one God that we also believe and accept one God, The New Testament like the Old Testament declares the unity of God (Deuteronomy 6:4; James 2:19). Jesus himself declared the oneness of God (Mark 12:28-30). Jesus as Son of God and Son of Man gradually presented himself and who he was, sometimes concealing, sometimes revealing so that men might not miss the final impact of his personality and message. He was not only the supreme communication of God to man but the best communicator.

The Gospel according to Mark presents Jesus moving forward in action and conflict, opposing the world of evil, Satan and sin. After a period of withdrawal in which he teaches his disciples, stimulating them, waiting while they ponder his words and his deeds, he presses on with them revealing more of who he is until Peter makes the inspired confession "You are the Christ" (Mark 8:29).

Look up Biblical References to the Son of Man

In the Old Testament:

In the New Testament:

The term ‘Son of Man’ is mainly found in the apocalyptic literature apart from its use in the gospels.