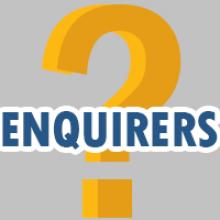 Prayer: Open my eyes, that I may behold wonderful things out of thy law (Psalm 119:18).

Memory Verse: Thine is the kingdom, the power and the glory, forever and ever. Amen.

The prayer, called the Lord's prayer, was taught to His disciples by the Lord Jesus Christ. It has been used in all the centuries by countless Christians in hundreds of languages. It was first spoken in Aramaic, Jesus' language and then recorded in the gospels according to Matthew and Luke in Greek. The verse: "Thine is the kingdom, the power and the glory, for ever" is not found in all the manuscripts and is therefore put in the notes of some translations. It is not found in Codex Alexandrinus and Codex Sinaiticus but it is found in W. (4th and 5th century) i.e. Washington, the Vulgate, and some Church Fathers use it. If there is not agreement concerning all the manuscripts it does not make all that difference to the teaching as our studies will show. The teaching of this verse and all our main beliefs depend on many verses and passages. The ideas of this verse are found elsewhere in scripture as our studies will show: "Thine is the kingdom" – this idea comes earlier in the prayer. Where and how is the word 'kingdom' used earlier in this prayer? The kingdom is God's and Christ's. A kingdom presupposes a king.

What Kind of King is the Lord Jesus Christ?

What Kind of Kingdom Does He Have?

What Kind of Subjects are You?

A king has subjects. He rules over people. His subjects can be divided into three kinds.

Subjects for Praise and Prayer to our King