Bible Study on the Book of Ruth 4 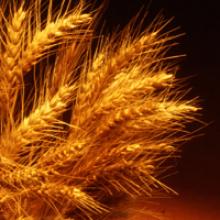 Life is like a grindstone, someone once said, and whether it grinds you down or polishes you depends on what you are made of. It also depends on your view of God. The question is, even in the hardest circumstances is God in control? If he is, that means he can change the bitterness of our hard experiences.

Do you believe that God is in control of your most difficult circumstances?

Naomi is a case study in hardship. In the beginning of our story, Naomi is deeply saddened by the loss of her husband and two sons who all died while her family lived in Moab (in modern-day Jordan). After ten years she decided to return home to Bethlehem. She urged Ruth, her widowed daughter-in-law, not to return with her stating that: “things are far more bitter for me than for you, because the Lord himself has caused me to suffer.” Ruth’s insistence on returning with her was a strong indication of God’s care. When Naomi finally arrived home she instructed the women in her town: “Call me Mara, for the Almighty has made life very bitter for me. I went away full, but the Lord has brought me home empty.” She felt trapped in seemingly hopeless circumstances. There was almost nothing worse than being a widow in the ancient world. Widows were taken advantage of or ignored. They were almost always poverty stricken. God’s law, therefore, provided that the nearest relative of the dead husband should care for the widow; but apparently Naomi was not aware that any of her relatives were alive in Israel.

Naomi arrives with Ruth in Bethlehem as the barley harvest is beginning. Her daughter-in-law gleans leftover grain and, as it turns out, finds herself in the fields of Boaz who is related to Naomi. Boaz shows kindness to her and prays, “May the Lord, the God of Israel, under whose wings you have come to take refuge, reward you fully.” The rest of the book tells how he proves to be the fulfillment of his own prayer. In a dramatic encounter with Ruth on the threshing floor, Boaz agrees to do the duty of a family-Redeemer and purchase Naomi’s family land so that it is not lost. He also agrees to marry Ruth so that he can provide her children to carry on the name of her dead husband.

However, a legal complication could prevent Boaz from following through with his intentions.

NOTE: At first the unnamed kinsman probably thought that he would only have to marry Naomi who was beyond childbearing years. Any male children that he would have fathered by Ruth would legally be considered the sons of Ruth’s first husband. Thus the land would never pass into his own family’s possession, and in fact he would reduce his estate by spending it to purchase the land. He would also need to assume financial responsibility for supporting Ruth, any children Ruth would bear, and Naomi.

The book of Ruth tells how Naomi moves from emptiness at the beginning of the story to fullness at the end of the story, from poverty and sorrow to security and joy. The story is structured around her choice to find hope through the kind, selfless and God-blessed acts of Ruth and Boaz. The last verses of our story show that God's plan extended beyond Naomi's personal problems. God used Ruth and Boaz to produce Israel's greatest king. Their great-grandson turned out to be David. And many centuries later they also became the ancestor of the Messiah, Jesus Christ, who was born in Bethlehem.

Just as God brought fullness and hope to Naomi through the selfless work of Boaz expressed in his willingness to assume the role of family-redeemer, so also we are brought to fullness and hope through our family-Redeemer, Jesus Christ. Apart from Christ the Bible indicates that we, like Naomi in the beginning of the story, exist in a state of hopelessness. We all fall short of God’s standard of absolute perfection and are therefore eternally separated from Him (Romans 3:23, Ephesians 2:1-3). However we can be brought to fullness and hope through the selfless and costly sacrifice of God’s son, Jesus Christ (Mark 10:45; I Peter 1:18-19). In a small family circle in Bethlehem, God gives us a preview of how he will bring the bitterness of life on earth to an end.