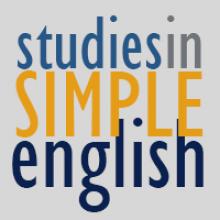 Read these reports from Jesus’s followers. Look at the vocabulary list for help with new or special words and phrases (bolded words are defined below). Then write answers to the questions.

The Day of Rest was over. Mary Magdalene and Mary the mother of James, and Salome bought spices. They wanted to put the spices on Jesus’ body (Mark 16:1).

…The sun was coming up on the first day of the week. Mary Magdalene and the other Mary came to see the grave. At once the earth shook and an angel of the Lord came down from heaven. He came and pushed back the stone from the door and sat on it…The soldiers were shaking with fear and became as dead men.

The angel said to the women, “Do not be afraid. I know you are looking for Jesus Who was nailed to the cross. He is not here! He has risen from the dead as He said He would. Come and see the place where the Lord lay. Run fast and tell His followers that He is risen from the dead…”

As they went to tell the followers, Jesus met them and said hello to them. They came and held His feet and worshipped Him. Then Jesus said to them, “Do not be afraid. Go and tell My followers…”

While [the women] were on their way, some of the soldiers who were to watch the grave came into the city. They told the head religious leaders everything that had happened. The soldiers gathered together with the other leaders and talked about what to do. The leaders gave much money to the soldiers. They said, “Tell the people, ‘His followers came at night and took His body while we were sleeping.’ We will see that you do not get into trouble over this if Pilate hears about it.” They took the money and did as they were told (Matthew 28:1-2, 4-7, 9-15).

2.    What happened when the women got to the grave?

3.    What happened to the soldiers who were there to watch the grave?

5.    What happened to the women on the way to tell the other followers?

Read John’s report. Look at the vocabulary list for help with new or special words and phrases (bolded words are defined below). Then write answers to the questions.

[Mary Magdalene] ran to Simon Peter and the other follower whom Jesus loved. She said to them, “They have taken the Lord out of the grave. We do not know where they have put Him.”

Read more of John’s report. Look at the vocabulary list for help with new or special words and phrases (bolded words are defined below). Then write answers to the questions.

It was evening of the first day of the week. The followers had gathered together with the doors locked because they were afraid of the Jews [Jewish leaders and their followers]. Jesus came and stood among them. He said, “May you have peace.” When He had said this, He showed them His hands and His side. When the followers saw the Lord, they were filled with joy…

Eight days later the followers were again inside a house. Thomas was with them. The doors were locked. Jesus came and stood among them. He said, “May you have peace!” He said to Thomas, “Put your finger into My hands. Put your hand into My side. Do not doubt, believe!” Thomas said to Him, “My Lord and my God!” Jesus said to him, “Thomas, because you have seen Me, you believe. Those are happy who have never seen Me and yet believe!” (John 20:19-20, 24-29).

10.  Why did the followers have the doors locked the first evening after Jesus rose from the dead?

12.  Thomas was not there when Jesus was seen by the other followers. In your mind, put yourself in the place of Thomas. You return and hear their reports. Would you have believed them? Explain your answer.

13.  What happened to make Thomas change his mind?

14.  What did Jesus say about people who have never seen Him?

15.  Paul said that two things happened that the Old Testament said would happen. What were they?

16.  Paul said many people saw Jesus after He rose from the dead. Write a list of these people.

Read the report by Luke. This report is found in the book of Acts. Luke, the follower of Paul, wrote it to continue the report of events started in the book of Luke. Look at the vocabulary list for help with new or special words and phrases (bolded words are defined below). Then write answers to the questions.

After He [Jesus] had suffered much and then died, He showed Himself alive in many sure ways for forty days. He told them [his followers] many things about the holy nation of God…

Those who were with Him asked, “Lord, is this the time for You to give the nation back to the Jews?” He said, “It is not for you to know the special days or the special times which the Father has put in His own power. But you will receive power when the Holy Spirit comes into your life. You will tell about Me in the city of Jerusalem and over all the countries of Judea and Samaria and to the ends of the earth.”

When Jesus had said this and while they were still looking at Him, He was taken up. A cloud carried Him away so they could not see Him (Acts 1:3, 6-9).

18.  What did Jesus talk about with His followers after He rose from the dead?

19.  What did His followers want to talk about? What was His answer?

20.  What happened to Jesus after that?

1.    The women wanted to put spices (and perfumes) on the body of Jesus.

2.    The earth shook, an angel came down, rolled away the stone from the door, and sat on the stone.

3.    The soldiers shook with fear and fainted (as stated when it said they “became as dead men,” not seeing, hearing, or feeling).

4.    The angel told the women not to be afraid. He said that Jesus was not there. Jesus had risen from the dead as He said He would. The angel told them to see where the body had been and then to run and tell the other followers.

5.    Jesus met the women and said hello. They held His feet and worshipped Him. He told them not to be afraid and to go tell the other followers.

7.    They ran to the grave of Jesus. John ran faster and got there first but waited for Peter before going in.

8.    They saw linen cloths lying there. They also saw a white cloth rolled up and lying by itself. It was the cloth that had been around the head of Jesus.

9.    The answer comes from the reader’s thoughts. But here is more information: If someone had taken the body, the cloths would not be there. The cloth from around Jesus’s head was rolled up carefully and put away from the other cloths. This showed that there was no hurry in the tomb when it became empty. What Peter and John saw helped them know that Jesus rose from the dead.

11.  The doors were locked. But Jesus appeared inside the room where the followers were. He spoke to them. He also showed them His hands and side so they could see the marks of the nails and the spear. He wanted His followers to know for sure that He was Jesus. He wanted them to know that He had died and risen again as He had said He would.

12.  The answer comes from the reader’s thoughts.

13.  A week later Jesus came again when the doors were locked. This time Thomas was there, too. Jesus spoke and showed him His hands and side. So Thomas believed. He said to Jesus, “My Lord and my God.”

14.  Jesus told Thomas that people who have never seen Him but still believe in Him are happy. (This will be explained more in Lesson 5.)

16.  Jesus was seen by Peter, Jesus’s first twelve followers, 500 other followers gathered together at one place, James the half-brother of Jesus, all the missionaries (that is, all the followers who were sent to tell others about Jesus), and Paul last of all.

17.  The answer comes from the reader’s thoughts. But here is more information: If most of the 500 followers were still alive, a person could ask them questions about what they saw and heard. Then the person could hear each person’s report and know that they were telling the truth.

18.  Jesus told His followers many things about the Christian church.

19.  His followers wanted to know when Jesus would help them become free from the Romans. Jesus told His followers that they could not know about this. But they would receive power when the Holy Spirit came into their lives. They already knew about Jesus. They were to tell the good news about Him in Jerusalem, in Samaria, and all around the world. And the Holy Spirit would give them the power to do this.

20.  While Jesus and the followers were talking, He was taken up into the sky (and beyond into God’s heaven). A cloud covered Him so that they could not see Him.