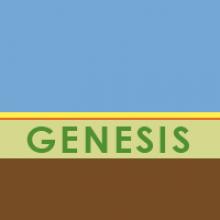 Principal Question: How long will God tolerate corruption and violence?

Main Point: God is still committed to his original plan.

God responded to the situation of Genesis 4.

It should be not surprise us, then, to read in Genesis 6:11 that the earth was corrupt and filled with violence. Throughout history v 1-5 have always been a problem for interpreters, but when read in context with Genesis 4, Genesis 6:1-5 describes the last step on the road to judgment. Sons of God can refer to angels or spirits (Psalm 29:1; Job 1:6), but also can refer to kings and rulers.1 The ancient kings of both Mesopotamia and Egypt called themselves sons of the god. In the civilization of Cain under leaders like Lamech, the warriors ruled, and with their high social status and power, they were able to take whatever and however many wives as they wished. Lamech got away with murder, and the others followed his example.2 The progress of the story moves from (1) Cain, to (2) Lamech, to (3) the Nephilim war heroes, and then to (4) the waters of judgment.

The story of Noah began with a problem of violence in Genesis 6:11, and ended with a sort of solution to the problem in Genesis 9:6. “Whoever sheds the blood of a human, by a human shall that person’s blood be shed; for in his own image God made humankind. Genesis 9 gave humanity another chance, reemphasized God’s commitment to the human race as the “image of God,” and pronounced the blessing of Genesis 1 again, “Be fruitful and multiply (Genesis 9:7).

The solution for violence was violence, but this time the violence was to be organized, not chaotic. There was now a moral obligation upon the community to execute those who desecrate the image of God. This was clearly an accommodation to human sinfulness, although only a temporary one. It could never work as a permanent solution.

The significance of this command to execute murderers lies in the obligation placed upon humanity for self government. This is the earliest example in which the community is responsible to God for the actions of its members. Up until Noah, the righteous people are individuals who worshipped God: Abel, Seth, Enoch, and Noah. After Noah, the story describes the building of a community of worship, beginning with Abraham at the end of Genesis 11.

1 See Gordon J. Wenham, Word Biblical Commentary Vol. 1, Genesis 1-15,Word Books, Waco, 1987, pp. 139-143 for a discussion of Genesis 6:1-4. Also see Daniel Liechty, “Christian Freedom and Political Freedom,” in the Conrad Grebel Review, Spring 1986, for a discussion of Kingship in the Ancient Near East. Leichty shows that both in Mesopotamia and in Egypt, the emperors claimed a kind of sonship from the gods. This theme is also echoed in China, where the emperor ruled under the Mandate of Heaven, and in Europe where the “divine right of kings,” was the ruling doctrine.
2 Although the text does not spell this out as a theological treatise would, the implication is clear, and the idea is strengthened by the story telling style of the writer.