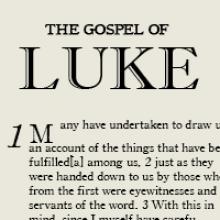 Christians believe that humans have decided to follow our own desires and turn away from God; turning away from God is what the Bible calls sin, and the consequence of sin is death. Because Jesus really loves us, He came to take our place of punishment—that is why he lived on earth, died on the cross, and rose from the dead.

Not only did he come to die for us, He also came to understand what it is like to be in this world, and to teach us how to live. Very often, He taught through stories, called parables, where the characters and things symbolize something and show us what God and His family is like.

Luke 14:15-24 (Context: Jesus was at a dinner and had just taught them to invite those who cannot repay, which is uncommon in their society.)

When one of those at the table with him heard this, he said to Jesus, “Blessed is the one who will eat at the feast in the kingdom of God.” Jesus replied: “A certain man was preparing a great banquet and invited many guests. At the time of the banquet he sent his servant to tell those who had been invited, ‘Come, for everything is now ready.’ “But they all alike began to make excuses. The first said, ‘I have just bought a field, and I must go and see it. Please excuse me.’ “Another said, ‘I have just bought five yoke of oxen, and I’m on my way to try them out. Please excuse me.’ “Still another said, ‘I just got married, so I can’t come.’

“The servant came back and reported this to his master. Then the owner of the house became angry and ordered his servant, ‘Go out quickly into the streets and alleys of the town and bring in the poor, the crippled, the blind and the lame.’ “‘Sir,’ the servant said, ‘what you ordered has been done, but there is still room.’ “Then the master told his servant, ‘Go out to the roads and country lanes and compel them to come in, so that my house will be full. I tell you, not one of those who were invited will get a taste of my banquet.’”

Through parables, we learn of God’s nature—He is generous & desires to invite each and every person to His banquet, even those who aren’t usually included. His banquet symbolizes heaven; saying yes to the banquet symbolizes accepting Him as our Savior and joining Him in heaven—the best banquet. Some of us here have accepted the invitation but others have not.