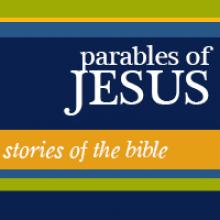 This Bible study focuses on a passage in the Gospel of Luke in the New Testament.
Stories that Make You Think:

Can a son who leaves his family and disgraces them with bad behavior be forgiven and restored if he turns from the bad path?

Many lower class people, outcasts, and sinners came to hear Jesus’ teaching. The religious leaders of Jesus’ time complained because Jesus welcomed and associated with these people. In response, Jesus taught that there is joy in heaven whenever a sinner turns away from evil and returns to God. Jesus told a story about a father and two sons to illustrate this point. The sons represent two different kinds of people. As we read the story, think about which son is most like you.

Have the group read the story as a role play. Assign the following parts:

What is your opinion about the younger son?

Why does he want to leave home?

What do his actions tell about his attitudes toward his father’s wealth? his father? life?

Is he the kind of person you would like to be with? to manage your money?

What stages does the boy go through?

What causes him to come to his senses?

What was his attitude like when he returns to his father?

Do you think the father understood what was likely to happen when he gave the younger son his inheritance?

Why do you think he did it?

What do you think he did while his son was away?

How do you think he felt?

The father saw the son returning while he was still a long way off - do you think that this was by chance?

How does the father treat the son on his return?

What is the father’s primary attitude toward his son?

How does the older son feel about the return of his younger brother?

Do you think the father loves the younger son more? Why or why not?

Do you think the older brother is justified in his behavior? Why or why not?

What does the father want for the older son?

What are the results of the older son’s resentment?

What other options does the older son have?

Close with a short prayer asking God to help us see clearly the path he would like each one of us to take in our lives.