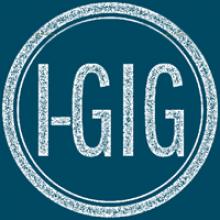 Luke 15:1 reads, “The tax collectors and ‘sinners’a were all gathering around to hear Jesus.” The tax collectors worked for the Romans. They were bad people, according to the Jewish leaders. The Jewish leaders stayed far away from people like that. They complained, “This man welcomes sinners and eats with them”(Luke 15:2). Jesus responded by telling three stories. This one begins, “There was a man who had two sons. The younger one said to his father, ‘Father, give me my share of the estate.’” An estate is everything that someone owns, such as land and animals. It is usually divided at one’s death.

What would happen in your culture if a son asked his father for this?

11 Jesus continued: “There was a man who had two sons. 12 The younger one said to his father, ‘Father, give me my share of the estate.’ So he divided his property between them. 13 Not long after that, the younger son got together all he had, set off for a distant country and there squanderedb his wealth in wild living. 14 After he had spent everything, there was a severe faminec in that whole country, and he began to be in need. 15 So he went and hired himself out to a citizen of that country, who sent him to his fields to feed pigs.d 16 He longed to fill his stomach with the pods that the pigs were eating, but no one gave him anything.” 17 “When he came to his senses, he said, ‘How many of my father’s hired men have food to spare, and here I am starving to death! 18 I will set out and go back to my father and say to him: Father, I have sinned against heaven and  against you.e 19 I am no longer worthy to be called your son; make me like one of your hired men.’ 20 So he got up and went to his father. “But while he was still a long way off, his father saw him and was filled with compassion for him; he ran to his son, threw his arms around him and kissed him. 21 “The son said to him, ‘Father, I have sinned against heaven and against you. I am no longer worthy to be called your son.’ 22 But the father said to his servants, ‘Quick! Bring the best robe and put it on him. Put a ring on his finger and sandals on his feet. f 23 Bring the fattened calf and kill it. Let’s have a feast and celebrate. 24 For this son of mine was dead and is alive again; he was lost and is found.’ So they began to celebrate.”

a. The word “sinners” is in quotes here to show that these people were not the only ones with sin in their life. After all, they were listening to Jesus while the Jewish leaders were not. See footnote “e” regarding “sin.”

b. To say he “squandered his wealth” meant that he wasted his money.

c. A famine is a time of no rain and no food.

d. Jewish law states that pigs are unclean. This is one of the worst jobs for a Jewish man. See Deuteronomy 14:8.

e. At its center, sin is turning away from a relationship with God: not trusting, not obeying, not believing, and not loving God first.

f. These gifts had special meaning. A robe was for an honored guest. A ring gave him the authority to act in the father’s name. Sandals were only for free men.

1. Why do you think the father gave the inheritance money to his son?

2. It seems that the son did not remember his father until he was in trouble. How did his troubles help him “come to his senses”?

3. When he “came to his senses,” he was finally able to see that living for himself had been wrong. He prepared a speech. “Father, I have sinned against you.” Sin includes both actions and attitudes. Use several words to describe the sinful attitudes the son had. Describe the change that took place.

3. What is Jesus trying to tell us about God with this picture? How is this different from your past picture of God?

If you met the younger son in the city, you might have said, “That man has a bad father!” Is it true? Perhaps the wise father knew that the son was already “lost” before he left his father’s house. Perhaps he knew that the only way to save his son was to let him learn the hard way. It was a very costly plan. God also made a very costly plan. God created us with the ability to love him freely, even though he knew that we would choose to live for ourselves. Refusing this relationship with God is the beginning of sin, and sin brings death. We need to “come to our senses,” like the younger son, and turn towards “home,” but we cannot make it back to God by ourselves. That’s where God’s plan comes in. When Jesus gave his life, he paid for the sins of the whole world. He canceled the debt of sin once and for all. He not only showed us the way, he said, “I am the way and the truth and the life. No one comes to the Father except through me”(John 14:6). This story is about a journey all of us take. Where are you on this journey – going away from God or “coming home”?